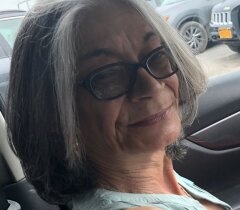 Ana Inez Scotignello, age 72, of Little Falls, passed away unexpectedly on Thursday, May 5th, 2022 at Bassett Healthcare, Cooperstown, New York after being stricken at home.

Ana was born on Jan. 22, 1950 in Puerto Rico, daughter of the late Manuel and Elvira (Morales) Cruz. She was united in marriage with Joseph Scotignello on Aug. 16, 1984; a blessed and devoted union of nearly 40 years until his passing on Nov. 10, 2019. Ana was employed professionally as a hairdresser, having operated her own beauty salon in New York City.

Survivors include her son, Luis Correa of New York City, granddaughter, Malarieyn Correa of Brooklyn, great granddaughter, Kayleen M. Cartera, a nephew (whom she raised and treated as his own son), Manuel Cruz and wife Laura and a friend and caregiver, Shauna Cone and other extended family members.

Ana was very eclectic and a loving and devoted, mother, grandmother, great grandmother and aunt. She had her own way of being herself and dealt with life in her own way. She loved traveling, camping and spending time with her loved ones. She treasured the times spent with her beloved canine companions. Services will be private and at the convenience of her family. Arrangements are under the direction and care of Mohawk Valley Funerals and Cremations, 7507 State Route 5, Little Falls (corner of Bidleman Road), 315-508-5131.
To order memorial trees or send flowers to the family in memory of Ana Inez Scotignello, please visit our flower store.