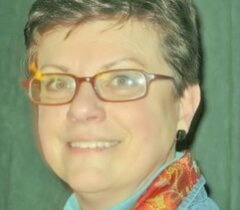 Barbara Ann Boucher, 67, of Dolgeville, an Ilion native passed away on Friday, August 13, 2021 at St. Peter's Hospital, Albany with the love and support of her family at her bedside.

She was born on September 21, 1953, in Ilion, daughter of the late Leo Boucher, Jr., and Nora (Gour) Boucher of Ilion. She was educated in Ilion schools and graduated with the Ilion High School, Class of 1971. Barbara furthered her education attending the University of Rochester where she attended the school of radiology. She attended SUNY Empire State College receiving a bachelor's degree in health technology and then received her masters degree from the University of Missouri-Kansas City. Barb was employed in nuclear medicine sales and service on the West Coast spending many years in California before returning home in 2006. She was a trustee for the village of Dolgeville and volunteered in many capacities throughout the valley. She was a dedicated mom and caregiver to her pets including Bobo, Quinn and Kato.

Survivors include her beloved family; her mother, Nora of Ilion; siblings, Michele Borden of Chesapeake, VA, Chip Boucher of Fairfax, VA, Stephanie Boucher of Ilion and Donna LaDelia of Rochester, NY; many nieces, nephews, aunts, uncles, including Robert Boucher and wife Alice of Florida. Also surviving are many cousins whom she was very close with. She was preceded in death by her father, Leo Boucher, Jr. on August 6, 2021, her sister, Mary-Beth Boucher-Spanfelner in 1995, grandparents, Leo and Lilla Boucher of Ilion and Ralph Gour of Herkimer. Kindly consider memorial offerings in Barbara's name to a charity of your choice. Services will be private and will take place at the convenience of the family. Barb's family would like to offer their gratitude to the staff at St. Peter's Hospital and to Barb's devoted friend, Sara Jaquay and family of Dolgeville. Final arrangements are under the care and guidance of Mohawk Valley Funerals and Cremations, 7507 State Route 5 (between Little Falls and St. Johnsville), 315-508-5131.
To order memorial trees or send flowers to the family in memory of Barbara Ann Boucher, please visit our flower store.