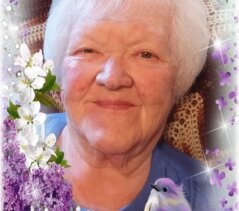 On Thursday evening, February 24th 2022, Barbara J. Brown, of Ilion, went home to heaven to be with her beloved parents and sister that preceded her in death.

Barbara is survived by the love of her life, Stephen L Brown, her first born, Frank (Rusty) Brown (Lisha Brown), her beautiful daughters, Tracy Brown, Georgia Kaples and her youngest children, Stephanie Bessette and Eric Brown (who still fight over who was mom’s baby and favorite) as well as her loving god daughter that held a special place in her heart, Nancy Jeffalone-Case. Also surviving are her mother in law and long-time friend, Helen Brown, her brother, James Purcell and his family, as well as several of her cherished grandchildren, adored great grandchildren, nieces, nephews and several honorary children that she has welcomed into the family over the years along with many special friends.

Barbara lived for her family and worked very hard to provide a good life for them. She was employed and retired from Remington Arms, where she represented UMWA for over 20 years and was the voice that represented many people.

After she retired, she volunteered for the American Red Cross, the Lion’s Club, The Woman of the Moose, and the Herkimer County Hunger Coalition, where she continued to touch the lives of people in the community. In Barbara’s memory, please consider a contribution to any of the above mentioned organizations.

In keeping with Barbara’s wishes, there will be no services. The family thanks everyone for their condolences and outpouring of support. Arrangements are under the direction and care of Mohawk Valley Funerals and Cremations, 7507 State Route 5, Little Falls (corner of Bidleman Road), 315-508-5131.
To order memorial trees or send flowers to the family in memory of Barbara J. Brown, please visit our flower store.