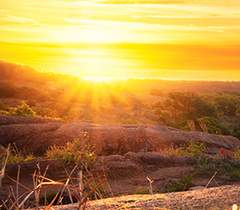 Middleville, NY-Barbara A. Blodgett-Thompson, 63 of Middleville passed away peacefully at the Abraham House, Utica on Wednesday evening, August 2, 2017; after a hard-fought battle with cancer.

Ms. Thompson was born on April 3, 1954 in Gloversville, NY. Barbara attended and graduated from Gloversville High School; and worked at the Daniel Green Factory in Dolgeville in her early years.  She was united in marriage with Eugene Thompson in 1983; and divorced in 1991.  In her free time, she enjoyed crossword puzzles, music, the Golden Girls, and socializing among friends.  She had one son; Justin Thompson of Herkimer.

In respect to her wishes; there will be no calling hours or funeral. However; a graveside service will be provided later determined by her family.  Daniel J. Enea Funeral and Cremation Care, 5860 State Route 5 (near St. Mary's Cemetery) between Herkimer and Little Falls, 315-508-5250 is assisting Justin with funeral arrangements.

Mr. Thompson would like to thank the Middleville Rest Home who provided 13 years of care and the Abraham House in Utica, New York who provided comfort for her remaining days. Please offer online condolences here.
To order memorial trees or send flowers to the family in memory of Barbara A. Thompson, please visit our flower store.