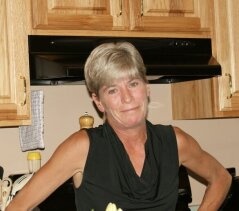 Brenda Lee Bowman, age 61, of Hakes Road, passed away peacefully on Sunday morning, March 28th, 2021 following a very long and courageous battle with cancer. At the time of her passing, she was surrounded by her loving husband Tim and her children. In keeping with her wishes, there will be no services.

She was born in Herkimer, NY on May 4th, 1959 to the late Ralph and Elizabeth (DeWorth) Schultz. She was united in marriage to Timothy Bowman on June 26th, 1999 in Ilion. She worked for Made your Day. She lived life on her terms. She truly enjoyed spending time with her grandchildren/great grandchildren and listening to the oldies while drinking some cold ones.

In lieu of flowers, please just do something kind for someone else. Brenda and the Bowman family's care has been placed in the trust of Mohawk Valley Funerals and Cremations, 7507 State Route 5 (corner of Bidleman Road, between Little Falls and St. Johnsville, 315-508-5131.
To order memorial trees or send flowers to the family in memory of Brenda Lee Bowman, please visit our flower store.