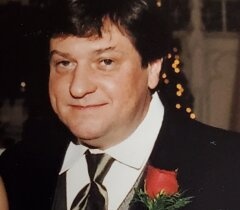 He was born on March 4, 1955, in Gerritsen Beach, Brooklyn, New York son of the late Edward and Isabelle (McGuire) Walsh and educated in Brooklyn schools. He moved to Salisbury Center as a young man where he bought a home and property. He loved his house and his land which were always in his heart. He was a member of the Salisbury Grange and also on the Board of the Kirby Free Library. He moved to Little Falls in 2014. On August 4, 2001 he was united in marriage with Sherrill Doxtader in the Salisbury Methodist Church. The couple would have celebrated 21 years of marriage this year.

Brian loved to read all types of books and his favorite, the New Yorker magazine. He also enjoyed listening to music, especially classical and enjoyed antiques. Brian was always so very proud of his Irish heritage. He will be deeply missed by all those who were fortunate to have known him.

Services are private. The family would like to thank the doctors, nurses and staff of Bassett Healthcare, Cooperstown for their kindness and compassion. Funeral arrangements are under the direction and care of Mohawk Valley Funerals and Cremations, 7507 State Route 5, Little Falls (corner of Bidleman Road), 315-508-5131.

To order memorial trees or send flowers to the family in memory of Brian Maurice Walsh, please visit our flower store.