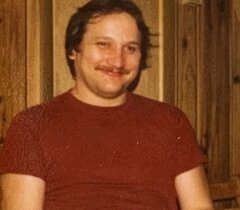 Charles Paul Tunnicliffe, age 68, of Winton Lane, Dolgeville, passed away peacefully on Monday afternoon, November 8th, 2021 with his loved ones by his bedside, in the comfort of his Dolgeville home.

He was born on December 31, 1952, son of the late Albert and Charlotte (Seaman) Tunnicliffe and has been a longtime Dolgeville resident where he has made many friends. Charles was united in marriage with Barbara Ann King. He was last employed with the NYS Office of Family and Children Services, Tryon Facility in Johnstown, NY.
His hobbies were cooking and gardening, fishing, model train shows, and swimming. He grew up on Long Island and was a long time fan of the New York Mets. He is survived by his wife Barbara of Dolgeville, his children, Annie and John, his brother, George, and his nephew, Allan.

Services will be private and at the convenience of the family. Per his wishes, Charles and his family's care has been entrusted to Mohawk Valley Funerals and Cremations, 7507 State Route 5, Little Falls (corner of Bidleman Road), 315-508-5131.
To order memorial trees or send flowers to the family in memory of Charles Paul Tunnicliffe, please visit our flower store.