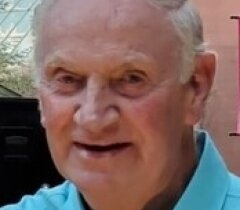 Mr. Charles William "Chuck" Devereese, 76, of Winchester, Virginia, formerly of the Mohawk Valley, passed away on Sunday, May 29, 2022, in the Winchester Medical Center.

Mr. Devereese was born December 2, 1945 in Little Falls, New York son of the late Clifton A. Devereese and Vivian Beryl Bronson Devereese. He had worked as a funeral assistant in the Ilion/Mohawk area where he loved and enjoyed taking care of those in need.

A proud veteran, he served in the US Navy from 1966-1969 and served on President Johnson’s Honor Guard. He was a member of the American Legion Post 920 serving as Commander and a member of Post 21 Winchester. He was proud to be stationed in Washington serving during the riots.

A kind, gentle, and honorable man, Chuck was the kind of man whom family and friends appreciated, for it was easy to know where one stood with him. Moreover, Chuck was a hard worker whose main focus in life was his family and meeting their needs. He loved to share what he had with those he loved. Chuck was also a fantastic father and grandfather. He supported all his family's endeavors, eager to offer them, and truly anyone with a need, his help and support. When his grandchildren came into the picture, his commitment continued with the next generation and he was considered a reliable staple at such happenings. Chuck was a true family man.

A graveside service will commence on Saturday, July 23, 2022 at 11 am at St. Johnsville Cemetery where he will be laid to rest with his family. Military honors will be offered by the US Navy. A celebration of his life will follow the service at Moreland Park, Little Falls. Mohawk Valley Funerals and Cremations, 7507 State Route 5, between St. Johnsville and Little Falls, 315-508-5131 has been entrusted with local funeral arrangements. Memorial contributions may be made to the American Cancer Society, 250 Williams St. NW, Atlanta, GA 30303.
To order memorial trees or send flowers to the family in memory of Charles William "Chuck" Devereese, please visit our flower store.