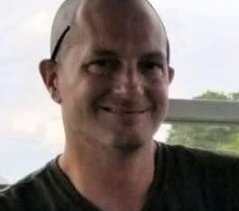 Dan was born on April 27, 1978 in Herkimer, he was the son of Ralph and Carol (Mosher) Farrington of Middleville and graduated from West Canada Valley High School in 1996. Over the years he worked with many local contractors and enjoyed being outside and working with his hands.

Dan was a devoted father, son, brother, and an amazing friend. He enjoyed spending time with family and friends, especially his two beautiful daughters whom he loved with all his heart. His love for his girls was larger than life and he would have given them the world if he could. Dan was loyal to his family and friends, honest, and always willing to lend a helping hand to anyone in need.

To honor Dan’s wishes there will be no calling hours or public services. Family and friends will be holding a benefit to support his daughters’ future on April 24, 2021 at the Mohawk Fish & Game located at 2310 State Route 28, Mohawk, NY. Daniel and his family's care has been placed in the trust of Mohawk Valley Funerals and Cremations, 7507 State Route 5 (corner of Bidelman Road), between Little Falls and St. Johnsville, 315-508-5131.
To order memorial trees or send flowers to the family in memory of Daniel J. Farrington, please visit our flower store.