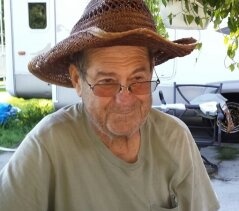 Daniel “Dan” Nellis, Jr. 82, of St. Johnsville, passed away peacefully on Monday, June 21, 2021 at home surrounded by his loving family.

Dan was born on January 17, 1939 in Little Falls, to the late Daniel and Nihla (Fitzer) Nellis. A lifelong resident of the area, Dan grew up on the Nellis Family Farm in St. Johnsville. Dan graduated from Cobleskill College, where he then alongside his wife, Geraldine, ran and worked the farm for 24 years. He was a man who wore many hats; husband, father, farmer, mechanic and an 18 wheel truck driver. Dan was never one to stop moving after he retired from truck driving when he became a security guard at Helmont Mills in St. Johnsville; working until he was 80 years old.

In lieu of flowers Dan's family asks that you consider a donation in memory of Dan to a charity of your choice or the American Cancer Society. Donations to the Cancer Society can be sent to P.O Box 22478 Oklahoma City, Ok 73123. Dan and his family’s care has been entrusted to Mohawk Valley Funerals and Cremations, 7507 State Route 5 (corner of Bidleman Road), Little Falls.
To order memorial trees or send flowers to the family in memory of Daniel David Nellis Jr., please visit our flower store.