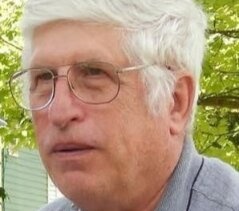 Dan was born on January 20, 1946 in Ilion, the son of the late Dawes and Winifred (Scouten) Dunham. He is a two-time Vietnam War Veteran with the 106th Military Police, also serving in the United States Marine Corp. He worked for Union Fork and Hoe in Frankfort for many years. Dan was a golfer and was a proud member of the Pine Hill Golf Course, where he was able to get 2 "holes-in-1"; he was also an avid Yankees fan. Dan will be greatly missed by all who knew him.

Daniel and his family's care has been placed in the trust of Mohawk Valley Funerals and Cremations, 7507 State Route 5 (corner of Bidleman Road), Little Falls, 315-508-5131. A memorial service for Dan will commence at 6 pm on Friday, May 7, 2021 with the Rev. Dawes Dunham, officiating. The US Marine Corps will offer military honors at the funeral home. Relatives and friends may pay their respects at MVFC, from 5-6 pm prior to the service. Burial will be private. Due to the current COVID-19 pandemic, a facemask is mandatory inside the business and social distancing is required.
To order memorial trees or send flowers to the family in memory of Daniel W. Dunham, Sr., please visit our flower store.