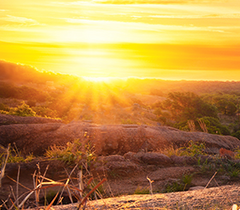 Herkimer, NY-David S. Anderson, 49, of Herkimer and formerly of Ohio and West Virginia, passed away peacefully in his sleep due to a medical condition, at his residence.  He was born October 14, 1969, in Cuyahoga Falls, OH, the son of Peggy Lou Slater Wallace and Richard Anderson. David was educated in Ohio. At one time, he was employed with McDonald, Inc., in Ohio. David married the former Delisa R. Seymour and has resided for the past few years in Herkimer.  David enjoyed the outdoors, especially fishing. He was an avid New York Yankees fan. He loved family dearly and spent what time he could with his extended family.  He is survived by his wife, Delisa; his daughter, Ariel, his mother and father; his brother, Joey Anderson; his aunts and uncles, Randy and Debbie Woods, Joe Woods, and Mary Ann Slater; his cousins, Becky and Bobby Pomeroy, Cathy Grace, Sandy and Mason Ferrell, and Susan and John Wilson; his step children whom he adored as his own, C.J. Carlsen and his children, William and Alyssa and Erik Carlsen.  Family and friends are invited to pay their respects from 3-5 p.m., Friday, June 14, 2019 at Mohawk Valley Funerals and Cremations, 7507 State Route 5 (corner of Bidelman Road), Town of Manheim, between Little Falls and St. Johnsville, 315-508-5131. Funeral services will be held at 5 p.m. following the visitation, with Pastor Christopher Schumske of Oak Ridge Free Methodist Church in Herkimer, officiating. In keeping David’s wishes, cremation will follow with inurnment to be made in Oak Hill Cemetery, at the convenience of the family.  Please click above to add to his online memorial.
To order memorial trees or send flowers to the family in memory of David Shawn Anderson, please visit our flower store.