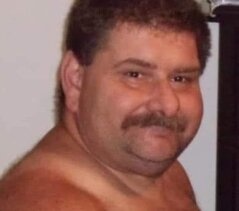 He was born in Little Falls, son of the late David Floyd Barton Sr. and Virginia (Daniels) Barton on January 16, 1968. He was united in marriage with Cheryl Ann Myers on July 9, 1994, a union of 28 years. David enjoyed being outdoors, camping and grilling. He was known for being a great handyman and enjoyed spending time with his family. David also had a love for music.

David is survived by his wife, Cheryl Ann (Myers) Barton at home in Herkimer; his children, Joseph Luchock, Robert Vivacqua, Gabrielle Barton and Michael Barton. He also leaves behind his brothers, Douglas Barton and wife Joyce and Leroy Barton and wife Colleen; his sister, Gina Barton and several grandchildren. He was predeceased by his parents, David and Virgina (Daniels) Barton.

The family will gather privately at Mohawk Valley Funerals and Cremations, 7507 State Route 5, (corner of Bidleman Road), Little Falls, 315-508-5131 to say their final goodbyes, followed by cremation under the direction and care of MVFC.
To order memorial trees or send flowers to the family in memory of David F. Barton Jr., please visit our flower store.