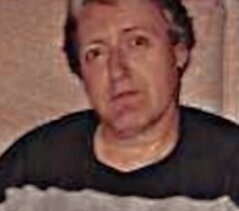 He was born in Little Falls, son of the late Donald J. and Veronica (Sestir) Wright and was educated in Little Falls schools. His last professional employment was at Albany Medical Center where he was a lab technologist. Survivors include his sister, Jody Freimour of Wallkill, NY and a brother, Scott Wright. He also leaves many extended relatives in Little Falls, including the Masle, Zilkowski and Kaufman family members. David's father, Donald, passed away on November 16, 2000 and his mother, Vera, passed away on August 10, 2020. Some of the Wright family's greatest pleasures was the time spent in the Adirondacks. David will be forever remembered as a simple man who always enjoyed the company of family and friends.

David and his family's care has been placed in the trust of Mohawk Valley Funerals and Cremations, 7507 State Route 5, Little Falls (corner of Bidleman Road), 315-508-5131. Services will be private and held at the convenience of the family.
To order memorial trees or send flowers to the family in memory of David G. Wright, please visit our flower store.