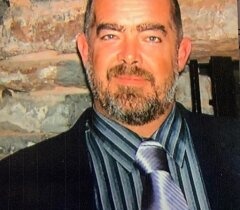 He was born on January 24, 1963 in Hudson, New York, the second son of Robert and Patricia (Riley) Heller. He was a proud graduate of the Mohawk Central School, Class of 1981. David had a strong love for his country and was patriotic to the core. He joined the United States Army in 1991 and served his country until his honorable discharge in 1993, earning many decorations for his excellent service.

Dave was an outdoor guy. He loved bow and gun hunting, football, boating, fishing, snowmobiling, NASCAR, camping and telling stories around the campfire with a beer in his hand. He was a jack of all trades. Self-taught and skillful, he could and would build anything for anybody. He worked with many contractors in upstate and northern New York, even having his own company at one time, Ground Zero Construction. He also worked at Remington Arms for a number of years.

David is survived by his loving family, his parents Bob and Pat Heller of Mohawk; his sister and brother-in-law Mickey and George Baron of Mohawk and their children and grandchildren: George Baron and his daughter Brianna of Manassas, Virginia, Jim and Kelly Baron and their daughter Lilly of Mohawk, and Steve and Kassandra Baron of Richfield Springs; his brother Bob Heller of Pepperell, Massachusetts and his children and grandchildren: Max and Alicia Heller of Champagne, Illinois, Austin Heller and his daughter Aida of Oklahoma City, Oklahoma, and Sam and Grace Anne Heller and their son Hank of Johnson City, Tennessee; and his sister and brother-in-law Wendy and CJ Caudill of Rocky Mount, Virginia and their children Sydney Brown and Jared Caudill, both at home. He is also survived by many aunts, uncles, cousins and special friends, and his cat, Mr. Potinkins.

The family would like to thank the entire Hospice team and the Abraham House of Utica for their kind and considerate care during Dave’s last months of life, especially Courtney Burke and Sara VanDusen, who always helped keep a smile on Dave’s face, always going above and beyond. Thank you to the friends who reached out in his time of need, with phone calls, mail, flowers, or in-person visits. In addition, the entire family extends a sincere THANK YOU to Ellen Heller for her help at a most difficult time. She came when Dave called, all the way from Texas, and we couldn’t have done it without her. The smile that their love put on Dave’s face was surely the best way to remember him.

Those wishing to remember Dave in a special way are asked to consider a donation in his memory to the Abraham House of Utica, 1203 Kemble Street, Utica, NY, 13501. David and his family's care has been entrusted to Mohawk Valley Funerals and Cremations, 7507 State Route 5 (corner of Bidleman Road), Little Falls, 315-508-5131. Services are private and at the convenience of his family.
To order memorial trees or send flowers to the family in memory of David Joseph Heller, please visit our flower store.