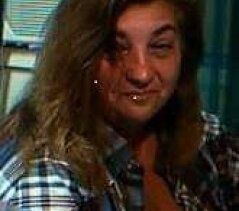 Denise Como, age 69, of Elwood Road, beloved wife of Richard John Whritenour, passed away on Friday, January 29, 2021 at Bassett Healthcare, Cooperstown with the love and support of her family by her side.

Born April 16, 1951, Lodi, NJ, she was the daughter of the late Paul Como and Josephine Alvaro Como.
She is survived by her husband of 52 years, Richard John Whritenour; her two sons, Richard Steven Whritenour,NJ, and Michael Aaron Whritenour,PA, and her daughter Gina Whritenour, NY. Denise was the oldest of six children and is also survived by her four brothers, Charles Como and his wife Brenda, NJ, Paul Como and Helen, VA, Michael Como, NY, and David Como, FL and her sister Deborah Como, NJ; several grandchildren and nieces and nephews.

Denise got her first dog at the age of 16 and then spent most of her life in the Sighthound community under the name Wolfwind Kennel and then Wolfwind Farm. She was a strong and driving force first in the show ring and then in the sport of lure coursing, where she became a judge and a mentor to many of those who followed behind her and her husband Richard. She became a published author in 2010 under the pen name of Danica St. Como and under the pen name of Sophia Roslyn with her daughter Gina. She also published articles and technical books under her own name within the sighthound community.

She will be remembered as being a fiercely loyal friend, a wife, a mother and a sister. Her vast knowledge within the dog community and in her writing circles will be greatly missed. She will also be remembered for her wicked sense of humor and the ability to make friends wherever she went.

At her request, a viewing will not be held. A memorial and the scattering of her ashes will be held at a later date. Denise and her family's care has been entrusted to Mohawk Valley Funerals and Cremations, 7507 State Route 5 (corner of Bidelman Road), Little Falls, 315-508-5131.
To order memorial trees or send flowers to the family in memory of Denise Como, please visit our flower store.