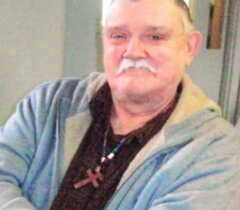 Donald was born on September 18th, 1946 in Little Falls, the son of the late Leland and Jean (Bullard) Avery and educated in local schools. Donald answered the call of duty and enlisted with the U.S Marine Corps proudly serving during the Vietnam War. He received an honorable discharge on October 6th, 1965. On June 30, 1978, he was united in marriage to Shirley Ann Broat in Oppenheim. Mr. and Mrs. Avery resided most of their lives in Dolgeville until moving to Ilion in 1990. Mrs. Avery passed away March 20, 2012. Don was last employed at Masonic Care Community, Utica and was employed with the Daniel Green Shoe Factory in Dolgeville. He was also at one time employed at the Allegro Shoe Company. His faith was very important to him and he attended the West Schuyler United Methodist Church.

Survivors include his sons, Donald Avery Jr. and his wife Cathy, Brandon Avery, and Kyle Avery. He is also survived by his brothers, Alan "Skip" Avery, Lee Avery, Kevin Avery, Scott Madison, and James Madison; sisters, Darlene Grainer, Charlene Link, Penni Rannals and Lisa Dillenbeck; as well as grandchildren Justin, Dakota, Lucas, and Jayce; many nieces, nephews and cousins. He was preceded in death by his son Michael Avery in 1998 and by a brother, David Avery in 1960.

A celebration of Don’s life will commence Monday, April 5th, 2021 at 2:30 pm from Mohawk Valley Funerals and Cremations, 7507 State Route 5 (corner of Bidleman Road), Little Falls, 315-508-5131, with the Reverend Sue Holland, Pastor of the West Schuyler United Methodist Church, officiating. Military honors will be offered by members of the US Marine Corps. Relatives and friends may pay their respects at the funeral home on Monday prior to the service from 12pm to 2:30 pm. Burial will be at the convenience of the family. In lieu of flowers please send memorial offerings in Don’s name to West Schuyler United Methodist Church, 297 Wood Lane Rd, Utica, NY 13502. Donation envelopes are also available at the funeral home.
To order memorial trees or send flowers to the family in memory of Donald James Avery Sr., please visit our flower store.