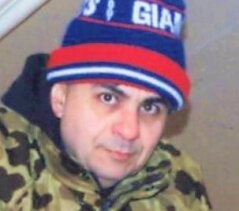 He was born on October 30, 1945 in Little Falls, son of the late Frank and Lena Musella. Donald was educated in Mohawk schools and graduated from Mohawk High School, "Class of 1964". He then attended meat cutting school in Albany. On August 16, 1969, Don was united in marriage with the former Ann Porter; a loving and devoted union of 52 years. Mr. Musella worked for Victory Markets before being the proud owner of Ilion's Big M Supermarket for many years until his retirement. He also worked for Melrose Grocery in Frankfort on a part-time basis. Along with his son, Don, Jr., and grandsons Nate and Ethan, he operated "Don's Custom Deer Cutting". Don loved camping at Half Moon Beach with his family and grandchildren. He was an avid NY Giants and NY Yankees fan. He loved hunting and fishing with his son and grandsons and father in law, Don Porter.

Survivors include his devoted family, his wife Ann of Mohawk, son, Donald Musella, Jr., and grandchildren, Nate, and Jordyn and her fiance Kyle, Ethan, Jenna and her boyfriend Kevon, and Adrianna. His grandchildren were the light of his life and he loved them so much. Besides his parents, he was preceded in death by his in laws, Don and Eleanor Porter; a sister, Mary and husband Ed; a brother in law, Mr. and Mrs. Mike Porter and by his nephews, Mike Jr., and Patrick. He is also survived by many of his wife's relatives and friends. Don's family will miss him more than words can say. He is now with God and his family. He was greeted with open arms by his beloved 4-legged furry girls who he loved, Holly and Casey.

There are no calling hours. A celebration of his life will take place at the convenience of his family. Donald and his family's care has been entrusted to Mohawk Valley Funerals and Cremations, 7507 State Route 5, Little Falls (corner of Bidleman Road), 315-508-5131.
To order memorial trees or send flowers to the family in memory of Donald A. Musella, please visit our flower store.