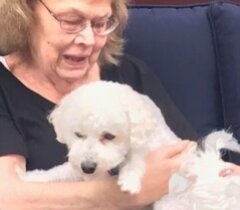 Donna was born in 1948, the daughter of the late Fern B. and Donald Ward Perry. She was united in marriage with the late Thomas J. Wellington, with whom she enjoyed a union of 31 years. Donna was a graduate of Mohawk Central High School and was very proud of the fact that she was one of the first employees of Herkimer County Community College. She spent her career in several positions within the library at the college.

Some will remember Donna as the “Avon-lady” who serviced many loving customers on Route 5s. Donna will be most remembered as a person who never had a negative thing to say about anyone and met people in need with open arms in her home. Family was the center of Donna’s life and she was at her happiest when surrounded by her loved ones.

Her family wishes to thank the staff of the Alpine Rehab Center and Foltsbrook in Herkimer, who made her last journey in life as comfortable as possible. In accordance with Donna’s wishes, there will not be a traditional funeral viewing. In lieu of flowers, friends may make memorial contributions to the Herkimer County Humane Society located at 514 State Route 5-S Mohawk, New York 13407. Arrangements for cremations are under the direction and care of Mohawk Valley Funerals and Cremations, 7507 State Route 5, Little Falls (corner of Bidleman Road), 315-508-5131.
To order memorial trees or send flowers to the family in memory of Donna Lee (Perry) Wellington, please visit our flower store.