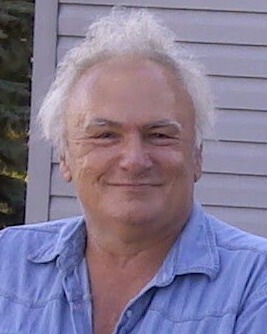 Bridgewater, New York-Earl J. David, a lifelong resident of Bridgewater NY, completed his final journey home on December 16, 2022, with his family by his side.  His parents Aurele and Catherine David welcome Earl on December 15, 1952.  He was the youngest of four children.

Earl married his beloved wife Dawn, on January 1, 1984 and they enjoyed a union of 38 years filled with love and adventures. Earl and Dawn love to go for rides with no destination in mind just being together and seeing where the road would take them. They would find themselves in Canada, Vermont , Maine or Buffalo the states and cities were endless.

Earl was a hardworking man who took pride in his work; he worked for the Catholic Dioceses of Syracuse taking care of multiple cemeteries in the area. He was also the caretaker of Fairview Cemetery in Bridgewater NY.  Earl was the Highway Superintendent of Bridgewater and he made sure that the roads were clear and safe for all who traveled them.

With his love to travel, Earl shared his love of Canada with his wife and family making many trips there to visit.  Earl was an avid fan of the Yankees, Toronto Maple Leafs and Buffalo Sabres.

In keeping with Earl’s wishes there are no public services.  Burial will be at the convenience of his family.  We know you will continue to watch over your family and guide them with your wisdom! We love you! Arrangements for cremation are under the direction and care of Mohawk Valley Funerals and Cremations, 7507 State Route 5, between Little Falls and St. Johnsville, 315-508-5131.

To order memorial trees or send flowers to the family in memory of Earl Joseph David, please visit our flower store.