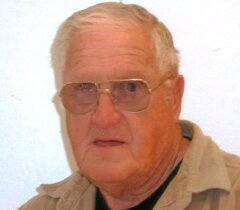 Cedarville, NY-Mr. Ernest H. "Red" Miller, age 84, passed away peacefully at his home in the presence of his loving family on Tuesday afternoon, Feb. 13, 2018.

He was born on April 30, 1933, in West Exeter, the son of the late Ernest and Agnes (Madole) Miller.  He was educated in the West Winfield school district.  He was married to Sylvia Kondratowicz, who passed away in 1980.  On Nov. 25, 1984, he was united in marriage with Lois McCormick, a marriage of love and respect right until the day of his passing.  He enlisted in the US Army in January of 1951, and served 2 years in Germany with the 354th engineer battalion and was honorably discharged in January of 1954.  Ernest was employed at the former Library Bureau for 33 years of dedicated service, retiring in 1995 when the factory closed.  He was a life member of the VFW Post 2338 and the American Legion Post 001. Mr. Miller was an avid outdoors man and loved hunting, especially at his spot in Cooperstown.  He enjoyed sitting on his rocker on his porch and watch the cars go by.   Survivors include his loving family, his wife Lois at home; daughter, Janet Lupinski and husband Ed, Darlene Bowee and husband Dan, Christine Miller; sons, David Miller and wife Andrea, James Miller and wife Bernadette, Michael Miller and wife Jamie, Thomas Miller and wife Tari, Joe McCormick and wife Anja and John Miller and companion Valerie Berger; sister, Rosemary Eisenhut; sister, Rosalie Seelbach and husband Bob; brothers, Gary Miller and wife Joan, Andrew Miller and wife Pat, Robert Miller; sixteen cherished grandchildren and three great grandchildren; many nieces, nephews and cousins.  He also leaves his canine companions, Bandit and Kia. He was preceded in death by a son, Gary and by sisters, Lois Varin, Marlene Papaleo and a brother Greg. Per his wishes, there are no calling hours or funeral service.  Interment with military honors will be at the convenience of his family in Cedarville Cemetery.  Daniel J. Enea Funeral and Cremation Care, 5860 State Route 5 (near St. Mary's Cemetery), between Herkimer and Little Falls, 315 508 5250, has been entrusted with Mr. Miller's cremation arrangements.  In Mr. Miller's memory, kindly consider a memorial contribution to Hospice Care, Inc., 4277 Middle Settlement Rd., New Hartford, NY 13413 or to Wounded Warriors, 370 7th Ave., #1802, New York, NY 10001.  To offer an online note of condolence, go to click above.
To order memorial trees or send flowers to the family in memory of Ernest H. Red Miller, please visit our flower store.