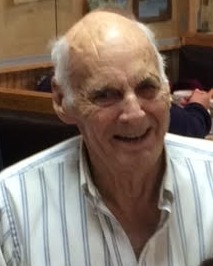 A lifelong St. Johnsville resident, Frederick was a self-employed logger and area mason. He was born and raised in St. Johnsville and served our country with the US Army proudly during the Korean War receiving 2 Bronze Stars.  He was a lifelong member of the Masonic Lodge.

Survivors include his beloved daughter, Hollie Majka and husband John of Marcy and a sister in law, Harma Wagner of Dolgeville.

Arrangements are under the direction and care of Mohawk Valley Funerals and Cremations, 7507 State Route 5, serving the residents of St. Johnsville, 315-508-5131.  In keeping with Mr. Wagner's wishes, there are no scheduled services.

To order memorial trees or send flowers to the family in memory of Frederick L. Wagner, please visit our flower store.