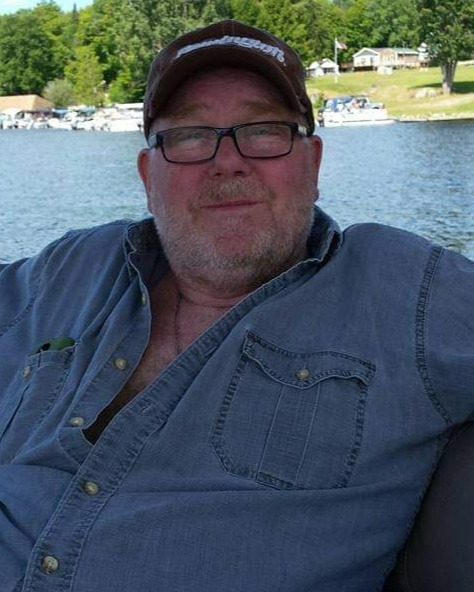 Frankfort, New York-Gary P. Flansburg, 68, of Frankfort, NY, passed away on January 3, 2023, at St. Elizabeth Medical Center, with his loving family by his side.

Gary was born on June 27, 1954 in Herkimer NY, a son of the late Philip and Betty Jane (Broadbent) Flansburg. He attended West Canada Valley Schools and later graduated from Ogdensburg Free Academy in 1973. He joined the US Navy and served on the USS Mount Whitney, earning a National Defense Service Medal before being honorably discharged in 1977. In 1981 he married Sonja Bryer in a small ceremony at her grandparents’ farmhouse. They moved to Newport NY to start their family. Gary was a Teamster, and worked for Coca Cola Bottling Company in Marcy and later Syracuse, for over 30 years until his retirement in 2016.

Originally the oldest of four siblings, Gary was blessed to have a large blended family that grew to 18. Some of his fondest memories were being young and wild with his many siblings, and he loved telling stories of activities from back in the day: camping, waterskiing, duck hunting, fishing, or just causing a ruckus.

Gary truly felt he was a “lucky” guy, having survived a lot over the years and still kept a positive attitude. He always had a smile on his face and a joke or story at the ready. He enjoyed playing music way too loud, NASCAR & local car races, football, barbequing (or maybe just eating BBQ!), trips to Denny’s and the Casino with his Coke crew, and fishing with Captain Bob and the gang.

Gary was a wonderfully loving husband and devoted father. Family was his greatest joy and he loved spending time with his wife and daughters, and Toby, his Cocker Spaniel. An easygoing and jovial guy, he was always willing to get dragged along by his girls on any adventure… especially if there were snacks. Since his retirement, his girls made a point to make sure that he checked many things off his ‘bucket list’, including a sea plane ride over the Adirondacks in Summer 2022. He knew he was a Lucky guy and appreciated any good time that came his way.

He is survived by his loving wife, Sonja and two daughters, Amanda and Ashley, as well as his 14 siblings: Robert (Lee) Anderson of GA, Cheryl (Rick) Cuthburt of CO, Nancy (Glenn) Sherman of VA, Jim Anderson of FL, Mark (Jessie) Anderson of NC, Lisa (Ken) Silver of Plattsburgh, Beth Powell of NC, Claudia Anderson of Cold Brook, Robert (Lila) Palmer of Newport, Dennis (Carol) Palmer of Middleville, Pat Remonda of Little Falls, Mary Palmer of Mohawk, Judy Regan of FL, and Phyllis (Tim) Lighthall of Remsen, and many nieces and nephews. In addition to his parents, Gary was predeceased by his step-mothers Beverly Flansburg and Vergie Lou Flansburg;  his sisters, Janet Martin and Jean Greiner; his brother Tom Anderson; sister in law Sharon Anderson; brother in law, Ted Remonda; and his Mother in law, Patricia Bartlett.

Honoring Gary’s request, there will be no public services. A Celebration of Life will be held over the summer. The family would like to offer their deepest gratitude to the entire staff at St. Elizabeth Medical Center, the MVHS Masonic Dialysis Center, CNY Cardio, and all of the nurses, techs, therapists etc for all of the compassion and care Gary has received since 2016. We would also like to thank Bruce and the Frankfort VFW for their assistance and support.  Memorial contributions may be made to the Frankfort VFW 4274 Acme Rd, Frankfort, NY 13340.

Funeral arrangements are under direction and care of Mohawk Valley Funerals and Cremations, 7507 State Route 5 (between Little Falls and St. Johnsville), 315-508-5131.

To order memorial trees or send flowers to the family in memory of Gary P. Flansburg, please visit our flower store.