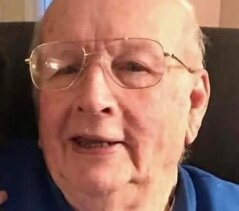 Mr. George Q. Baron, age 87, of Devendorf Street, Mohawk passed away peacefully on Monday morning, September 19, 2022 at Little Falls Hospital, with the love and support of his family at his bedside.

George was born on June 25, 1935 in Middletown, CT son of the late Quentin and Caroline (Helenek) Baron and graduated from Mohawk High School.  He was a 1957 graduate of Rensselaer Polytechnic Institute where he earned a BS in Civil Engineering.  George was united in marriage with Paula D. Baylis on June 28, 1958 at Blessed Sacrament Church, Mohawk. They shared a blessed union of 59 years until the passing of Mrs. Baron on Nov. 25, 2017.  George had a long career as a civil engineer and he played a central role in the construction of many local commercial, healthcare and educational projects.

He enjoyed polka music and dancing with his late wife.  He loved his sports teams and was a lifelong fan of the NY Rangers, NY Giants and the NY Mets.  He especially enjoyed attending his children's and grandchildren's sporting events.  He coached Little League baseball in Mohawk for many years.  George was an avid hunter and enjoyed outdoor activities.

Visitation will take place at Mohawk Valley Funerals and Cremations, 7507 State Route 5, between Little Falls and St. Johnsville, 315-508-5131, on Thursday, Sept. 22, 2022 from 5-8 pm.  Mr. Baron's funeral will commence at 11 am on Friday, September 23th from MVFC where prayer will be offered and at 12 pm in Blessed Sacrament Church, Mohawk where his Mass of Christian Burial will be celebrated by the Rev Leo Potvin, assisted by Sister Mary Jo Tallman.  Procession will follow to Mohawk Cemetery where he will be laid to rest.

The family would like to thank Bob and Naomi Harvey for their many years of kindness (and cooking) for both George and Paula, also, the staff at Little Falls Hospital for their care and compassion during George's final days.
To order memorial trees or send flowers to the family in memory of George Q. Baron, please visit our flower store.

(Corner of Route 5 and Bidleman Road, Town of Manheim)