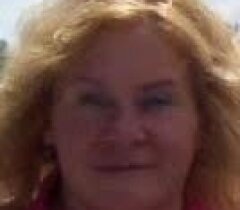 Ginger was born on February 20, 1964 in Herkimer, the daughter of Arthur and Nellie Pratt. She graduated from West Canada Valley Central School and later received her LPN certification. Ginger was a wonderful nurse who devoted her life to the well being of her patients. She worked for Van Allen Nursing Home as a nurse’s aide starting in 1986. She worked hard to become an LPN and continued her career at Van Allen’s even after it changed to Alpine Nursing and Rehab. Residents and co-workers will remember her for her pleasant smile and caring demeanor. She was a very caring person who always thought about others first. She had a spunky personality and quick wit that added to her charm. Ginger will be deeply missed by everyone who had the pleasure of knowing her.

In accordance with Ginger’s wishes, there will be no calling hours or formal funeral. Memorial services and interment at Oak Hill Cemetery, Herkimer will be private. The family will gather privately to say goodbye at Mohawk Valley Funerals and Cremations, 7507 State Route 5 (between Little Falls and St. Johnsville), 315-508-5131, which is handling arrangements for cremation. Please feel free to share online condolences with the family on this site.
To order memorial trees or send flowers to the family in memory of Ginger Lea Pratt, please visit our flower store.