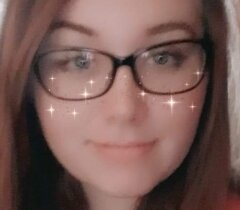 Isabella was a happy and loving child who was cared for by her mother, Danielle Jeck (Patrick), her father, Jason Ackler, her stepfather, Jeremy Jeck, and after the passing of her mother, her aunt, Amanda, uncle, Steve Smith, and grandmother, Mary Gonzalez, who came forward to help guide and support her. She was a sister to Ionna Ackler, Isiah Ackler and step-sister to, Kenny, Ryan, and Emily Jeck. She loved them all so deeply.

Isabella was a smart and determined young woman who had aspirations of going to college after graduating from high school. She was on high honor roll consistently during her middle school and high school career and was a voracious reader, and a talented artist. She was also learning how to knit. She was a hard worker who spent much of her free time working at the Denny’s in Herkimer as a hostess and waitress. She took much pride in helping her coworkers and learning as much as she could in her various roles.

A celebration of Bella's life will commence at 2PM on Saturday, July 24th, 2021 at Mohawk Valley Funerals and Cremations, 7507 State Route 5 (corner of Bidleman Rd.), between Little Falls and St. Johnsville) 315-508-5131. Friends and family are invited to pay their respects at MVFC between 12PM and 2PM, after which services will commence. Burial will be private and at the convenience of the family.
To order memorial trees or send flowers to the family in memory of Isabella R. "Bella" Ackler, please visit our flower store.