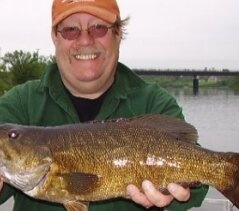 He was born in Little Falls on July 18, 1950, son of the late Jackson D. and Helen (Darling) Shults-DeRidder. He graduated from Dolgeville High School, "Class of 1970" and attended both Hudson Valley Community College and Mohawk Valley Community College for engineering. He was a certified electrician and he worked with his father for many years. He also worked for Bishal Electric and then Beech-Nut Baby Food, Canajoharie as a maintenance manager and held the title of electrical engineer at the Canajoharie and Florida plant.

Jack was a licensed ham radio operator and he was so proud of that. He was able to get his fathers call number, W2EED. In his leisure time, he loved to hunt and fish and ride his motorcycle, which he built himself. He was a member of the Dolgeville Rod and Gun Club.

Jack and his family's care has been placed in the trust of Mohawk Valley Funerals and Cremations, 7507 State Route 5, Little Falls (corner of Bidleman Road), 315-508-5131. There are no calling hours, cremation will take place. A spring graveside service will take place at a time to be announced at Salisbury Rural Cemetery where he will be buried with his parents. Jack was loved by many and will be sadly missed. Kindly consider donating to a Dolgeville area charity of your choice in his memory.
To order memorial trees or send flowers to the family in memory of Jack D. Shults, please visit our flower store.