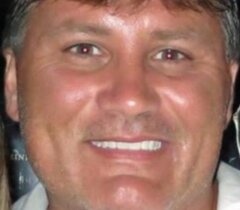 Herkimer/Northport, Florida-James Louis Ruggerio, age 47, a Herkimer native, formerly of Little Falls and most recently residing in Northport, Florida, entered the loving arms of our Lord unexpectedly on Thursday morning, May 28, 2020 at his home in Florida.

He was born September 6, 1972 in Little Falls, son of Louis and Phyliss (Filipczuk) Ruggerio. He received his education at Herkimer Central Schools. He enjoyed playing football in his younger years. His first job was in the family business, Rock City Window Cleaning and Janitorial Services, working alongside his father and older brothers. He then went on to work at Library Bureau. He then went into construction, his last job being a safety control specialist. In between he also started his own business making adjustable door wedges.

James was very proud of his home as he purchased the new home that he loved and was very meticulous about its care, inside and out. He also had a great love of fast motorcycles, having many Harley's and loud trucks. He was also a longtime member of the American Legion. He also had a love of guns and target shooting.

James is survived by his loving and devoted family including his wife, Sandra (Shultz) Ruggerio, his daughter, Adryona Ruggerio, his loving parents, his father, Louis and Laurie Ruggerio and his mother, Phyliss Ruggerio of Ilion. Also surviving are his brothers and sisters, Louis Jr and Sonja Ruggerio Kissimmee, Florida, Pam and John Cancelino of Herkimer, Debra and Thomas Donahue of Ilion, Sheila and Scott Burke of Newport, Robert and Erin Ruggerio of Mohawk, Kim and Larry Ciaccia of Frankfort, his special brother Ed and Stacey Ruggerio who he was like a father and best friend to, Paula Ruggerio and Tim Smith of West Frankfort, Jason and Courtney Leonard of Ilion, and Jason Ruggerio and Nick Crush of Lake Helen, FL. Many aunts, uncles, nieces and nephews. He also leaves behind his precious canine companion, Beast.

There will be a private memorial service on Sunday, June 21, at the convenience of his family. James' and his family's care has been placed in the trust of Mohawk Valley Funerals and Cremations, 7507 State Route 5, Little Falls (town of Manheim), 315-508-5131. Please click above to add to his online tribute. Kindly consider and send contributions in his name to Herkimer County Humane Society, 514 State Route 5s, Mohawk, NY 13407 or to American Foundation for Suicide Prevention, 199 Water Street, 11th Floor, New York, NY 10038.

To order memorial trees or send flowers to the family in memory of James Louis Ruggerio, please visit our flower store.