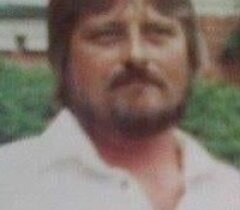 Jeffrey Alan “Jeff” Wildey, age 62, a lifelong Ilion resident, passed away early Monday morning, November 9th, 2020 after being stricken at home; with his loving wife, Katherine, at his side.

Jeff was born on December 6, 1957 in Ilion, son of the late James and Kathryn (LaPoint) Wildey and graduated from Ilion High School. On October 14, 1978, he was joined in marriage with the former Kathy Sedore in Ilion in the Ilion Methodist Church on 2nd Street; a loving, devoted and blessed union of forty-two years. Jeff worked at being a carpenter as his professional occupation. He at one time worked for Lahey’s Home Improvement, Warren Cross, and later owned and operated his own construction business, JAW Construction, Ilion.

An accomplished contractor, there wasn’t anything Jeff couldn’t do. He loved his NY Yankees and Miami Dolphins, but most of all, he loved his family and they meant the world to him. Jeff loved to work on old cars as a hobby and boating, fishing and hunting.

Jeff leaves his loving wife of forty-two years, Katherine (Sedore) at home in Ilion; his son, who he worshiped, Michael Wildey and wife, Lena; his daughter, Julie Ann and husband David LaCelle, who was “daddy’s little girl”. Also surviving are his most cherished an loved grandchildren, Mercedes, Jeffrey, Isabella, Courtney, Margaret, Joseph and James, all of Ilion, Lexi and her husband Daniel, Ian all of Herkimer, Cerria, Johnny, Jamiee, Aydin and Andrew of Ilion; a great granddaughter, Veleria Mae. He also leaves his siblings Cathy Ingraham, James Wildey (Priscilla), Mary Tubia (Jim) and Lisa, all of Ilion and Brian Blake. He also leaves his stepfather, Garry Blake and is also survived by his sisters in law, Sharon, Barb and Rodney Smith, Linda Scott and Karla Jean, Tricia Davis and a brother in law, Don Sedore; many beloved nieces, nephews and cousins and his faithful canine companion, Cara Ann. He was predeceased by his mother, Kathryn and father, James; his buddy an nephew, Dan Ingraham, his mother-in-law, Marge, and by his brothers in law and a few special friends.

The family would like to offer their deepest gratitude to Kelly, Jamie and Lisa Keeler for all of their kindness and compassion offered during this difficult time. Also, a heartfelt thanks to the EMT's and the NYS Troopers for their professionalism.

In respecting Jeff's wishes, there are no public services. A celebration of his life will take place at a later date to be announced. The family will have their final goodbyes at the funeral home. Jeff and his family’s care has been placed in the trust of Mohawk Valley Funerals and Cremations, 7507 State Route 5 (between Little Falls and St. Johnsville), 315-508-5131. Please click above to add to his online tribute.
To order memorial trees or send flowers to the family in memory of Jeffrey Alan Wildey, please visit our flower store.