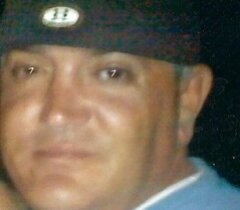 St. Johnsville, NY-Jeremy John Miller, 46, of Liberty Street, passed away unexpectedly following a short illness, on Monday, April 2, 2018 at Little Falls Hospital in the presence of his loved ones. Jeremy was born in Cooperstown on May 7, 1971, son of the late John “Jack” William Miller and Janet Baker of Little Falls.  He received his education in Little Falls schools.  Jeremy was currently the proud owner and operator of Miller Automotive in Little Falls which opened in September of 2017.  He was an avid fisherman and enjoyed the outdoors.  He was active in coaching youth baseball in Little Falls.  Above all else, Jeremy was a loving family person and always dedicated to his children along with his siblings and many family members.  He was a sports enthusiast and loved his trips to Yankee Stadium.  He was also a huge fan of the Los Angeles Rams and Syracuse Basketball.  An avid traveler, he loved visiting family and friends around the country.  Survivors include his close and loving family; his mother, Janet Baker of Little Falls; fiancé, Jessica Fallis of St. Johnsville; his adored children, Stephen Harrington of St. Johnsville, Mikayla Thomas of St. Johnsville and Gracie Thomas also of St. Johnsville; his cherished granddaughter, Alayah Harrington of Newport; brother, Cooper Busch and wife Stephanie of Little Falls; sister, Trish Rinaldi and husband Giovanni of Chicago; sister, Ashley Busch of Little Falls; step brother, William Busch, Jr. and wife Sharon of Ohio; two nephews, Donovan Busch and Jordan Busch (who was Jeremy’s godson).  Also surviving are his step-father, William Busch of Little Falls; aunts and uncles, James Baker and wife Rosalba of Arizona, Jill Burnette of Syracuse, Kim Baker of Syracuse, along with numerous friends.   The family will gather privately to say goodbye at Mohawk Valley Funerals and Cremations, 7507 State Route 5 (Town of Manheim), between St. Johnsville and Little Falls, 315-508-5131.  Relatives and friends are invited to memorial visitation at Mohawk Valley Funerals and Cremations, Little Falls, on Saturday, April 7, 2018 from 1-4 p.m.  A memorial service will commence from the chapel of the funeral home on Saturday at 4 p.m. with friends and family offering memories.  Burial will be private.
To order memorial trees or send flowers to the family in memory of Jeremy John Miller, please visit our flower store.