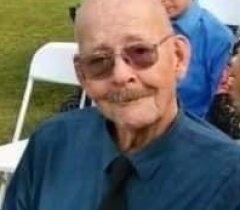 John was born on Jan. 29, 1938, in Herkimer, NY, to Jerome and Gertrude (Weakley) Stanley, John was the oldest of three children. His brothers, Bernard and Bruce, predeceased John. John's extended family included his stepfather Galen and stepsisters, Ginger and Ber­nice.

John attended Ilion Schools and ended up completing his degree while enlisted in the US Navy. He served in the Navy from 1955-1958, He was an avid fisherman, hunter, traveler, and family man. He took great pride in his gardens, watching birds, and going for rides with his wife Janette, John was a selfless man who would do anything for anyone-in­cluding cooking amazing meals and amusing with his clever one-liners. John was employed at Remington Firearms in Ilion, NY, for 38 years. He retired in 2002.

On April 29, 1961, John married the love of his life, Janette Wells, in Ilion, NY, He is survived by his wife, Janette in Ilion, son, John Jr, and wife Elaine Stanley of Palmer, AK, daughter, Susan Llewellyn and Gary Seddon of Warwick, RI, and James and wife Tina Stan­ley in Salisbury, NC. In addition to his children, John was honored to have 12 grandchil­dren: Nancy, John, Mark, Kimberly, Courtney, Kyle, Derek, Frank, Shane, Matthew, James Jr, and Katrina, in addition, he is survived by his great-grandchildren, Brianna, Robert, Isiah, Samuel, Kyralynn, Jayden, Jace, Moira, and Noah. John was predeceased by his parents and by his daughter, Lori Ann Getchell and great-grandson John Jerome Stanley IV.

John and his family's care has been entrusted to Mohawk Valley Funerals and Cremations, 7507 State Route 5, Little Falls (corner of Bidleman Road), 315-508-5131. There are no calling hours. There will be a celebration of John's life on Saturday, Jan. 8, 2022, at the Marine Corps League located at 178 Second St., Ilion, NY from 1pm - 4 pm. Burial will be private. The family requests that in lieu of flowers, donations be sent Hospice & Palliative Care of New Hartford, 4277 Middle Settlement Rd, New Hartford, NY 13413 in Dude's name.
To order memorial trees or send flowers to the family in memory of John Jerome "Dude" Stanley Sr., please visit our flower store.