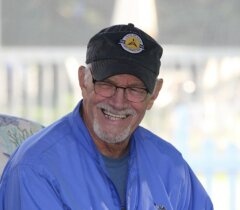 Syracuse, NY-John "Jack" Edward Lancette, departed this life on January 28th 2020, after a hard fought battle with cancer. Jack was born June 20, 1944 in Syracuse, NY.  He was predeceased by his father Richard and his mother Mary (English) Lancette as well as two of his brothers, Richard and Dean. Jack is survived by his loving wife of 54 years, Christine J. Lancette (Swan), their three sons John (Donna), Gregory (Margo) and Alan (Heather), six grandchildren that made him proud, Ami, Ryan, Amanda, Emma, William and Alison, and two great grandsons, Dylan and Blake. He is also survived by his siblings Lynette (Marty) Fichera, Robert, Nanette Cavallaro, Renee Kissel, and Michael, and many cousins, nieces and nephews.   Jack served in the US Army as an M.P. and later worked as a City of Fairbanks Police Officer in Alaska where he met the love of his life Christine. They were soon married and starting their family. With little Johnny in tow, the family moved back to Syracuse. In 1970, Jack was selected to be a refrigeration apprentice with Steamfitters Local 818 and worked for the next 30 years for a few contractors that were lucky to have him. Jack retired in 2001 from Plumbers and Steamfitters Local 267 and every day after that has been a Saturday. Immediately after retirement, Jack took off on his bicycle with his group of “Geezers” cycling from Roanoke VA to Eugene OR in 94 days, mostly while camping out at night. Jack was friends with a diverse number of people.  He enjoyed participating in many sporting activities as an adult including: bowling, swimming and lifeguarding at Syracuse pools, snowshoeing, cycling,and skiing.  He was an active member in many clubs and groups, including the Onondaga Hill Antiques Club. He was a past president of both the Onondaga Ski Club and the Onondaga Cycling Club. With this group, he helped develop and coordinate numerous events including the Senior Empire State games and the National Senior Games held in C.N.Y.   Jack found a little slice of heaven at his cabin in the woods.  It is so peaceful there, we think he could hear the grass grow. He always seemed to be mowing or farting around with his tractors and backhoe. He really loved his porch, where he would enjoy his morning coffee and afternoon naps. A special thanks to Nan for being his perfect match and giving him an extra lease on life.  As per Jack’s wishes, there will be no calling hours. There will be a mass to celebrate his life on Feb. 8th, 2020 at 10:00 a.m. to be held at Saint Daniel Church, 3004 Court St. Syracuse, NY.  In lieu of flowers, contributions can be made to Dana-Farber Cancer Institute, PO Box 970002 Boston, MA 02297, Hospitality Homes, PO Box 15265 Boston, MA 02215, or Saint Daniel Church, 3004 Court Street Syracuse, NY 13208.  Jack and his family's care has been entrusted to Mohawk Valley Funerals and Cremations, 7507 State Route 5, between Little Falls and St. Johnsville, 315-508-5131.  Please click above to add to his online memorial.
To order memorial trees or send flowers to the family in memory of John Edward Lancette, please visit our flower store.