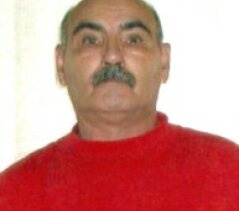 Little Falls, New York-Mr. Joseph R. "Scotty" Scotignello, age 73, of Ward Street, passed away peacefully on Sunday morning, November 10, 2019 at Alpine Nursing and Rehabilitation, Little Falls. He was born on December 20th, 1945 in Brooklyn, son of the late Joseph J. and Jean (Vitale) Scotignello and educated in New York City schools.  At the age of 18 he enlisted with the United States Army and also served with the Coast Guard.  He was honorably discharged a the age of 24.  For several years he was employed as a construction worker in New York City.  On August 16, 1984 he was united in marriage with Anna I. Cruz; a loving and devoted union of nearly 40 years.  Joseph enjoyed playing the drums in his earlier years and listening to music. Survivors include his wife, Anna, at home in Little Falls; his nephew (whom he raised and treated as his own son), Manuel Cruz and wife Laura of Little Falls; Malarieyn Correa of Brooklyn; a great granddaughter, Kayleen M. Carter; he was preceded in death by his sister, Francine Scotignello. Relatives and friends are invited to pay their respects on Saturday, November 16, 2019 from 12 pm untill 2 pm at Mohawk Valley Funerals and Cremations, 7507 State Route 5 (town of Manheim), Little Falls, 315-508-5131 and also invited to his funeral service commencing at 2 pm, following visitation in the funeral home.  Military honors will be offered.  Burial will be private.
To order memorial trees or send flowers to the family in memory of Joseph R. Scotty Scotignello, please visit our flower store.