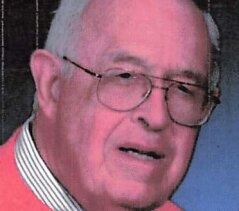 Mr. Leslie N. Crichton, Jr., of Prospect Street, passed away peacefully on Monday morning, Feb. 1, 2021 in the peace and comfort of his home and in the loving care of Hospice.

He was born in Orange, NJ on February 10, 1938, son of the late Leslie N. and Ruth M. Crichton, Sr., and graduated cum laude from St. Paul’s School, Concord, NH in 1956. He earned his bachelor’s in engineering from Syracuse, University, in 1961 and a master’s in computer science from Binghamton University, in 1986. He was united in marriage with Helen J. Becker, at St. Mary’s Church, Lakeville, CT on Dec. 30, 1961; a blessed and loving union of nearly 60 years. They traveled to many locations throughout Leslie’s professional life including, New Jersey, Washington, North Dakota, Missouri, Alabama, Michigan, Pennsylvania, and New York. In 2001, Les and Helen moved to Herkimer. Both he and Helen were leaders for Girl Scouts and Boy Scouts along with Church Youth Groups.

Les and his wife were very active in their local parishes all over the country. Les was a Vesteryman, sang in choirs, taught Sunday School and assisted in many out reach events. In the Diocese of Albany, they were part of Cursillo and Faith Alive, were delegates to the Diocesan Convention and belonged to the Order of Saint Luke. Mr. and Mrs. Crichton volunteered at Beaver Cross Camp at the Spiritual Life Center, Greenwich, New York and they worked on landscaping and assisted with camp activities. Les is best remembered for his generous sharing of time, talent and treasure. He would do anything for anyone and will be sadly missed by his family and friends.

The family is deeply grateful for the loving care provided by all the Bassett Healthcare doctors along with the nurses of Hospice Care., Inc., for their thoughtful concern and attention. A celebration of life will take place when COVID-19 conditions are under control. Mohawk Valley Funerals and Cremations, 7507 State Route 5, between Little Falls and St. Johnsville, 315-508-5131 has been entrusted with arrangements for cremation.

To order memorial trees or send flowers to the family in memory of Leslie N. Crichton Jr., please visit our flower store.