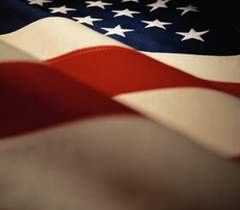 Mark E. Wood III, age 69, of Johnstown, NY, passed away Tuesday February 8, 2022 following a long illness, at Saratoga Hospital with his loving son Mark at his bedside for support. He was born on Jan. 27, 1953, in Endicott, NY, son of the late James and Gloria (Rice) Wood.

Mark graduated from Owego Free Academy, Owego, NY in 1971. He joined the US National Guard in 1971, was honorably discharged in 1977 with six years of dedicated service to our country. His working career began with EE Root and Sons, Owego, NY as a heavy equipment operator. Later, he was a supervisor with Dekatherm. Mark eventually became superintendent with DDS Companies, utility contractors in the Northeast, during his last professional employment.

Mark truly found his passion in car racing, beginning as a boy when Howard Cole took him to Shangri-la in Owego. In the late 1970's-1980's he built and raced stock cars for Wood Brothers Racing Team, with brother Jim. He remained an avid race fan all his life, dedicating countless hours to watching his favorite sport.

He is survived by his son, Mark E. Wood IV (Gabriella Flint), of Johnstown, NY, his daughter, Laurie; his siblings, Sue Horning of Holiday, FL, Mary Stolarcyk of Dolgeville, NY, James Wood and wife Deborah of Owego, NY, and Beth Hills of Ilion, NY, as well as several nieces, nephews and cousins. He was preceded in death by his spouses, Denise Pierson and Martha Goold.

A service will take place later in the spring of 2022 at a time to be announced. There are no calling hours. Mohawk Valley Funerals and Cremations, 7507 State Route 5, between Little Falls and St. Johnsville, 315-508-5131 has been entrusted with arrangements for cremation.
To order memorial trees or send flowers to the family in memory of Mark E. Wood III, please visit our flower store.