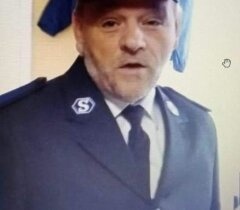 He was born on April 3, 1970 in Little Falls, son of Alan and Mary Leon. Richard received most of his education in Little Falls schools. Leon married his wife, Brenda Grossel in 1990, then married Janie Leavitt on March 24, 2018. Leon worked at Burger King in Little Falls at one time. Leon’s true passion was volunteering at the Salvation Army where he proudly became a soldier on June 4, 2012, in Herkimer.

Leon had a heart of gold for his children, family, and friends. He was well known around Little Falls, Herkimer, and Ilion. If Leon wasn’t talking to his children, then he was hanging out with his friends. Everybody knew Leon from telling his jokes and doing crazy things.

He was preceded in death by his parents, Alan and Mary Leon; and by his niece, Naomi Miklic. Survivors include his family; his children, Casandra Morrell and husband Shad of Fort Plain, Nicole Leon and companion Chris Baker of Herkimer, and Payton Nuborazek of Ilion; four grandchildren, Jayson, Carl, Dakota and Chris, Jr.; he also leaves five brothers and one sister, Edward, Harold, Alan, James, Charles Leon and Michelle Neff and husband Eric; also surivivng are many nieces and nephews.

A memorial service for Richard will commence at 1:00 pm on Friday, June 17, 2022 at Mohawk Valley Funerals and Cremations, 7507 State Route 5 (corner of Bidleman Road), Little Falls. Relatives and friends may pay their respects on Friday, at MVFC from 12 pm until 1 pm, prior to the service. Procession to Church Street, Cemetery, Little Falls will follow the service, where interment will take place.
To order memorial trees or send flowers to the family in memory of Richard M. Leon, please visit our flower store.