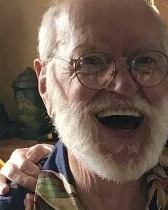 Richard R. Leonard, age 81, of Herkimer, passed away peacefully on Sunday evening, February 6th, 2022 at St. Elizabeth Medical Center, Utica, with the love and support of those he loved, at his side.

Richie was born on July 19, 1940 in Boston, MA, son of the late Wilson Leonard and Lillian (Keller) Leonard. He graduated from Owen D. Young, Van Hornesville in 1958 and went on to proudly serve in the US Army, as an aircraft mechanic in Germany. Followed by his time in the military, Richie was employed with the former MDS, Herkimer and ultimately moved to Toronto, CA where he spent the majority of his life, and worked for Toronto General Hospital, as an intercom technician until his retirement.

Richie loved life and lived it to the fullest. He enjoyed cooking and eating all types of cuisine, including his favorite authentic Thai and Mexican restaurants he frequented in Toronto. Richie also loved to travel, especially to his favorite spot, Puerto Vallarta, Mexico. Richie enjoyed reading and learning about all different cultures and their histories. Richie cherished the memories he made and the people he met throughout his life. In his last few months, he was happy to connect with his family, including his brother Roy, whom he enjoyed spending time and catching up with. Richie was special, he made lasting impressions on all who met him. He was kind, compassionate, and always making us laugh. We will miss him so dearly.

He leaves his sister, Mary Zambri and husband Thomas of Little Falls; his loving niece and goddaughter, Lillian Zambri; his brother, Roy Leonard and Fran Kamerer; a brother, David Leonard and Nancy; an aunt, Carol Raymond, as well as many nieces, nephews, and cousins. Also surviving is Richard's dear lifelong friend and companion, Philip Sun, of Toronto, CA. Richie was predeceased by his two brothers, Harry and Tommy Leonard, and an uncle, Robert Raymond.

Richard and his family's care has been placed in the trust of Mohawk Valley Funerals and Cremations, 7507 State Route 5 in Little Falls, 315-508-5131. An hour of visitation will be held on Friday, February 11, 2022, from 5 pm to 6 pm, followed by a memorial service at 6 pm at the funeral home. Burial will take place at the convenience of the family. The family would like to thank the staff at St. Elizabeth’s Medical Center for the warmth and compassion they showed Richie and his family during this difficult time.
To order memorial trees or send flowers to the family in memory of Richard R. Leonard, please visit our flower store.