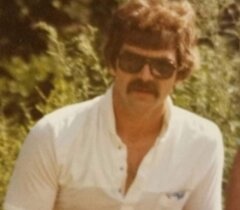 Robert A. “Bob” Walrath, 68, of Dockey Road, town of Manheim, passed away peacefully on Tuesday morning, July 13, 2021 at The Grand Rehabilitation and Nursing in Utica.

Bob was born in Little Falls, on November 1, 1952, son of the late Robert and Edith (Kraft) Walrath and graduated from Little Falls High School, Class of 1970. He was a lifelong Little Falls resident. Bob furthered his education attending Herkimer County Community College. He was united in marriage with Ann Marie Staring on May 10, 1986 at the Emmanuel Episcopal Church, Little Falls with the Rev. Dr. Steven A Scarcia, officiating. Bob was the proud owner and operator of Walrath Service Station in Little Falls, a family-owned business. He operated the garage for nearly 35 years and worked on cars for most of his life, retiring due to ill health.

An extremely active man, Bob loved the outdoors, especially fishing. His favorite pastime was helping others. For many years he plowed several driveways in the Little Falls area for family and friends. Bob loved attending “Red Camp” dinners. Once you were a friend of Bob’s, you were a friend for life. He was always more than willing to help anyone in need. His best years were spent with the “Halfway House gang” where many good memories were created. He went above and beyond for all those who were fortunate enough to know him and will be sorely missed by his many family members and friends.

Survivors include his devoted and loving family, his wife Ann Marie at home; Jennifer Walrath and husband Craig Latendress of Dolgeville, Christopher Walrath of Little Falls, Sara Walrath and fiancé Silas Tompkins, II; cherished grandchildren, Fiona, Baylie, Keegan, Parker, Finley and Remi; siblings, Kathy Feeter of Rochester, Donna Vaughan and husband Dave of Herkimer; sisters in law, Barbara Staring and Victoria Staring; many nieces, nephews and cousins; numerous close and dear friends including Larry Lynch, Tom Whitcomb, Guy Love, Gary Urich. Besides his parents, he was preceded in death by his sister, Linda Walrath and by his in laws, George and David Staring.

Ann Marie and family would like to thank the staff at Grand Nursing and Rehab especially mentioning 2 south, Jessica, Melissa and Lisa. Also, heartfelt thanks to every single person who has reached out to the family offering care and compassion during this difficult time.

Relatives and friends are invited to memorial calling hours at the funeral home on Sunday, July 18, 2021, from 12 noon until 3 pm. There will be no formal service following calling hours. The Walrath and Staring family's care has been placed in the trust of Mohawk Valley Funerals and Cremations, 7507 State Route 5 (corner of Bidleman Road), Little Falls, 315-508-5131.
To order memorial trees or send flowers to the family in memory of Robert A. "Ratman" Walrath, please visit our flower store.