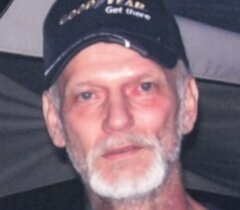 He was born on April 6, 1957 in Ilion, and was the son of the late Harold and Carrie (Humphreys) Chrisman. Bob graduated from Ilion High School. He was a United States Army Veteran, stationed in Oklahoma and Korea from 1976-1979. Bob previously worked at Kmart and lastly at Tractor Supply in Utica. He was an avid Nascar fan.

Bob was one of nine children. He is survived by a son, Robert Chrisman Jr. of Florida; sisters, Beth Moss (John Brandt) of Ilion, Beverly Stanley (Earl) of East Herkimer and Connie Maxon (Max) of Dundin, Florida; brothers, Harold Chrisman Jr. (Lisa) of Ilion and Edward Chrisman of Dundin, Florida. Bob also leaves behind several nieces and nephews, as well as his extended family and friends at Tractor Supply. Bob was predeceased by his sister, June Kulp and brother, Steven and Fred Chrisman.

The family wishes to extend a huge thank you to the doctors, nurses and staff at Strong Memorial Hospital for the care of Bob while he was there.

Bob and his family's care has been entrusted to Mohawk Valley Funerals and Cremations, 7507 State Route 5 (corner of Bidleman Road), Little Falls, 315-508-5131. A graveside service will be held in the spring at the convenience of the family.
To order memorial trees or send flowers to the family in memory of Robert Charles "Bob" Chrisman, please visit our flower store.