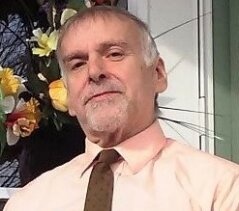 Robb J. Frederick, 67, lifelong resident of Herkimer, went to his peace, Monday, April 20, 2020, with his devoted wife by his side at his residence, following a tough battle with long illness.

Robb was born on June 2, 1952, in Herkimer, the son of the late John and Ida Martellotti Frederick. He was a graduate of Herkimer High School, Class of ’70 and attended Mohawk Valley Community College, Utica. On Dec 23, 1985, Robb married the former Denise (Deni) Finch in her hometown of Millville, NJ, settling in Herkimer.

His career in the publishing business including positions as a compositor for Hudson Printing Company (Utica) and as a free-lance copy editor for John Wiley Publishing (New York, NY). His career in the food-and-beverage industry encompassed restaurant management in locations in New York, New Jersey, Florida, and, until his retirement, at the Albany Street Café, Herkimer.

Robb’s special passion was researching and documenting his family’s history and genealogy. His work on both the Frederick and Martellotti lines was shared with old and young and will be continued and passed on to future generations. He is remembered as a great teller of family stories.

Robb is survived by his wife, Deni and his sons Robbin, Noel, and Evan; lifelong friends Joe Franchi and Fran Grates; many cousins, aunts and uncles; and the family’s goofy beagle Quilbert. His friends and family were always close to his heart no matter how far away in the world they were.

Robb’s memorial service will be held at a time to be announced when the family and friends can come together to celebrate his life. In lieu of flowers, the family has requested donations, in Robb’s memory, be offered to the Herkimer Fire Department, Herkimer EMS (Movac), and Hospice of Oneida, Herkimer, and Eastern Madison Counties. Deni and the boys send a heartfelt thanks to all three organizations for their help in making Robb’s final weeks and days as dignified and graceful as they were. .

Robb and his family’s care have been placed in the trust of Mohawk Valley Funerals and Cremations, 7507 State Route 5, corner of Bidleman Road, between Little Falls and St. Johnsville. 315-508-5131
To order memorial trees or send flowers to the family in memory of Robert J. Frederick, please visit our flower store.