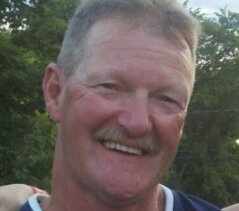 Robert Paul Hudson Jr, age 63, of Little Falls, beloved husband of Cindy Ann (Boepple) Hudson, passed away following an illness, on Wednesday afternoon, January 20, 2021 at St. Luke's Hospital, with his loving family by his side.

Robert was born November 13, 1957, to the late Robert P. Hudson Sr. and his wife, Joan (Mitchell) Hudson. He graduated from Fort Plain High School in 1975 and was a union carpenter for most of his life. Robert and Cindy were united in marriage on October 23, 1982. He was an avid outdoorsman and dedicated family man. Robert is survived by his loving wife Cindy, his two daughters, Stacey Betoney, and husband Patrick of Philadelphia, PA., and Katie Hudson, of Herkimer.

The family would like to extend thanks to the doctors and nurses of St. Luke’s hospital, as well as, Dr. Sikder’s office at Slocum Dickson. A special thank you is extended to family friend, Dr. Julie Perlanski, for all that she did for Robert and his family in this difficult time.

In keeping with the family's wishes, there will be no services for Robert. Robert and his family's care has been entrusted to Mohawk Valley Funerals and Cremations, 7507 State Route 5 (corner of Bidleman Road), Little Falls, 315-508-5131.
To order memorial trees or send flowers to the family in memory of Robert Paul Hudson Jr., please visit our flower store.