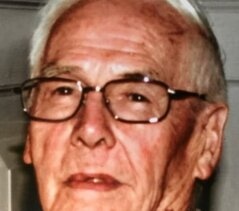 Mr. Robert H. Pett, “Bob”, 85, passed peacefully, after a long illness, Easter Sunday, April 12, 2020, at Foltsbrook Center Nursing and Rehabilitation, Herkimer, NY. His devoted wife and family was by his side.

He was born July 24, 1934 in Mohawk, NY, and was the son of the late Harold C. and Evalena K. ( Helmer) Pett. Bob was raised in the Ilion Gorge on his parents’ small farm. Bob was the 5th generation of Pett’s to live and settle in southern Herkimer County. He attended Ilion & West Winfield Central Schools. He graduated with the class of 1952 from West Winfield Central School. Bob joined the Army in 1954-1956, and served as a proud member of Company “D” Signal Battalion, Construction, Fort Devens, MA. In the Army, he received the National Defense Service Medal and the Good Conduct Medal. He married his high school sweetheart, Marjorie L. Yaw, on August 3, 1957. Bob worked as a bulk feed truckdriver for Agway, Herkimer, NY. After more than 30 years he retired from Agway and worked as a truck driver for C.P. Craska, Ilion, NY.

Bob was a 65 year member of the People’s Undenominational Church (Cedarville Church). For many years he served faithfully as Cedarville Church Chairman of the Board of Directors, and Sexton. He loved his Church and his Church family. He and Marjorie, worked tirelessly on all Church events and fundraisers, especially the Church food booth at the Herkimer County Fair. In addition, Bob and Marjorie were board members of the Dutch Reformed Church, Columbia Center, NY. They also volunteered at the Cedarville Fire Department’s annual Turkey Dinners, and at the Lenten Fish Dinners. For a few years, Bob and Marjorie, volunteered at the Compassion Coalition, Utica, NY. Their participation in the Compassion Coalition allowed the Cedarville Church to serve as a food bank for the greater community. Besides volunteering, Bob enjoyed sports, especially bowling. He belonged to a number of bowling leagues and was the secretary of the Bridgewater Bowling League. Also, he enjoyed many animals: cats, goats and daily looked forward to feeding and watching wild birds.

Due to current events, Bob’s memorial service will be held at a later date. A future announcement will be made for his service. In lieu of flowers, please consider a donation to: Cedarville Church, ℅ Treasurer: Fanny Stickles, 444 Putts Hill Road, Mohawk, NY 13407. Bob and his family’s care have been placed in the trust of Mohawk Valley Funerals and Cremations, 7507 State Route 5, Town of Manheim, between Little Falls and St. Johnsville. 315-508-5131. Please click above to add to the online memorial.
To order memorial trees or send flowers to the family in memory of Robert H. Pett, please visit our flower store.