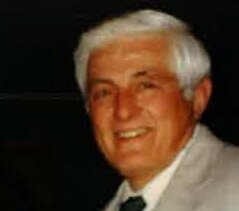 Mr. Ronald S. Hayes, age 87, of State Route 169, passed away peacefully on Thursday morning, July 9,2020 in the peace and comfort of his home in the presence of his loved ones.

He was born on January 4, 1933 in Fort Plain and raised in Oppenheim.  He has lived in Little Falls for the majority of his life.  His parents were Stewart and Jessie (Perry) Hayes. On April 9, 1955, Ronald was joined in marriage with Joan at St. Paul Universalist Church, Little Falls, a loving union of 53 years until her passing in 2008.  For a short time, Ronald was employed with Niagara Mohawk.  His last employment was with Burrows Paper Corporation where he held the position of mill superintendent.  He retired in 1993, after 38 years of dedicated service.  He served as union president for the International Brotherhood of Paper Makers.  He also belonged to the order of Red Men, Oppenheim Chapter.  Ronald was a lifetime blood donor.

Some of Ron’s hobbies included taking trips in the RV, clamming in Rhode Island and gaming.  He loved his time spent at Pleasant Lake and always enjoyed a car ride.  His favorite sports teams were the New York Yankees and New York Knicks. Survivors include his beloved family; Rodney W. Hayes and wife Donna of Little Falls, Rhonda Hayes and companion David Comins of Little Falls, cherished grandson, Dalton Hayes and wife Hali of Colorado, sister in law,Lillian Hayes of Cherry Valley, many nieces, nephews and cousins.  Besides his parents, his brother Frederick Hayes preceded him in death.The family would like to express their gratitude to all of Ronald’s supportive friends and neighbors including Emma and Colt.  Thank you for caring and special thanks to Dave Comins for all of your support. Kindly consider and send memorial offerings in his name to American Diabetes Association or Community Animal “CAP” Program.

Ronald and his family's care has been placed in the trust of Mohawk Valley Funerals and Cremations, 7507 State Route 5 (corner of Bidelman Road), Little Falls, 315-508-5131. To offer a note of condolence to the family, please click above.  The family will gather privately to say goodbye at the funeral home, followed a graveside service which will take place on Saturday, July 11, 2020 at Mt. View Memorial Gardens, town of Little Falls, at the convenience of his family. There are no calling hours.
To order memorial trees or send flowers to the family in memory of Ronald S. Hayes, please visit our flower store.