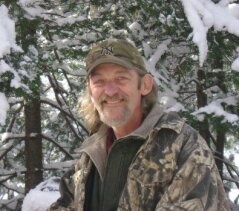 Fairfield, NY-Russell J. Small, 64, of Fairfield, passed away peacefully, on Tuesday evening, November 19, 2019, at home with his loving family by his side.  He was born on September 16, 1955, in Ilion, the son of the late Robert I. and Mary Yates Small. Russ was a graduate of Ilion Central School and Herkimer County Community College, where he earned his degree in Forestry. On October 14, 1978, he married Kathryn Benson at St Patrick's Church in Clayville. Russ was a foreman with the roads and grounds at Herkimer County Community College for twenty years. He took great enjoyment in the outdoors, especially the Adirondack’s where he spent many summers at his camp hunting and fishing. Russ’s greatest love was spending time with his family and friends and was always up for a good party.  His fondest moments were spent with his granddaughter fishing and going on tractor rides.  He will forever be missed by them.  Russ is survived by his wife of forty one years, Kathryn; his children, Alicia Small of Ilion and Jacob Small of Naples, Florida; his grandchildren, the twins Myles and Dawson Small and Mia Small ; his sisters,  Pamela Pestar of Ilion and Patricia and Bradley Upson of Irondequoit; his in-laws, Linda Small of Litchfield, Ron and Patricia Benson of Louisville KY, and Barb Darcy of Mohawk and several nieces, nephews and cousins. He was predeceased by his best friend and brother, Robert “Smally” Small and his special canine companion, Chenuk. In keeping with Russ’s wishes there will be no public services. A celebration of life will be held at The Fairfield Community Hall on Sunday, November 24th from 1 P.M. to 5 P.M. Please click above to light a candle or leave a message of condolence. Russ and his family’s care has been entrusted to Mohawk Valley Funerals and Cremations, 7507 State Route 5, (Town of Manheim) between Little Falls and St. Johnsville. 315-508-5131.
To order memorial trees or send flowers to the family in memory of Russell J. Small, please visit our flower store.