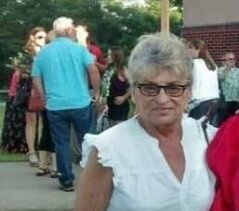 She was born on September 5, 1938, in the Town of German Flatts, the daughter of the late
Howard C. and Hazel E. Deuel Humphrey and was educated in St. Johnsville schools.

For many years, Ruth was employed with St. Johnsville Nursing and Rehabilitation Center, St.
Johnsville in housekeeping. She was an avid hunter who had an appreciation for the
outdoors. Ruth enjoyed gardening, flowers and had a love for animals.

Ruth’s graveside service will be held 3 p.m., Saturday, August 22, 2020, in Rural Park Cemetery, Inghams Mills, where she will be laid to rest with her parents. As her wishes, there will be no visitation. All regulations pertaining to COVID will be followed.

Contributions, in Ruth’s memory, may be offered to a charity of one’s choice.

Ruth and her family’s care have been placed in the trust of Mohawk Valley Funerals and Cremations, 7507 State Route 5, corner of Bidleman Road between Little Falls and St. Johnsville. (315) 508-5131
To order memorial trees or send flowers to the family in memory of Ruth E. Humphrey, please visit our flower store.