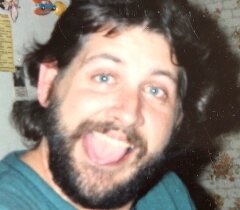 Timothy “Tim” A. Leon, 60, lifelong resident of Ilion, passed away Friday, June 12, 2020, in the loving comfort of his home with his family by his side, following indomitable battle with an illness from birth.

Tim was born February 16, 1960, in Ilion, the son of the late Harold and June McNinney Leon. He was a graduate of Ilion High School, Class of ’79. Tim married his longtime companion, Susan Tracy on July 17, 2010 in Ilion.

For most of his career, he worked as a painter for Pezzolanella Construction Company, Utica. Tim was of the Methodist faith. He was a member of the Ilion Elks Lodge #1444, the Ilion Knights of Columbus, the Ilion Fish and Game Club and back in the day the Crossway’s Fishing Club. During his free time, he enjoyed golfing with his daughter, Tera, bowling on a league at State Bowl and was an outstanding pool shooter. Tim also had a great appreciation for the outdoors and nature by spending time fishing and hunting.

Tim’s most remarkable accomplishment besides his family, was his strength to live with what life had dealt him. He had a genetic disease called CMT which his perseverance and determination never held him from doing anything he put his mind too. Throughout his journey with this disease, led to a boundless amount of respect and love from the many friendships that formed. Tim’s never quit persona was inspirational.

He is survived by his wife, Susan Tracy; his daughter, Tera Leon-Tracy; his son, Derek Leon, his daughter, Janel Leon; his grandson, Thayne Francis Leon; his brothers and sister-in-law, David Leon of Deerfield and Harold and Sandy Leon of Frankfort; his sister-in-law and brother-in-law, Sally and Mike Hayden; several nieces, nephews and cousins. Tim will be missed by his close friends, Roger Salvagni, Jim Lincourt, AJ Smith, and Rob Tubia and all those whom he considered his friend.

Tim’s Celebration of Life will be 1 p.m., Saturday, June 20th, 2020 at the home of Jim and Barb Lincourt in Cedarville with Rev. Robert Wollaber of Morning Star United Methodist Church, Ilion, officiating. Officers and Members of Ilion Elks Lodge #1444 will be present to offer the Ritual for a Deceased Member to start the services. Services will be held outside and all the NYS guidelines for COVID will be followed.

Donations, in Tim’s memory, at the family’s request may be offered to the St. Jude Children’s Hospital by visiting their website at www.stjude.org .

Tim and his family’s care have been placed in the trust of Mohawk Valley Funerals and Cremations, 7507 State Route 5, Little Falls, corner of Bidleman Road. (315)508-5131.
To order memorial trees or send flowers to the family in memory of Timothy "Tim" A. Leon, please visit our flower store.