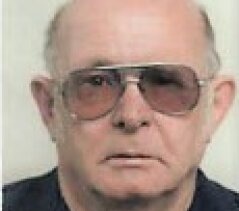 Mr. Victor R. Whalen, age 88, of Warren Road (town of German Flatts), beloved husband of Alice (Best) Whalen, passed away on Wednesday, February 17, 2021, at Faxton-St. Luke's Healthcare, New Hartford, following an extended illness. He had the love and support of his family by his side at the time of his passing.

He was born December 11, 1932 in Maine, son of the late Ralph and Anna (Whitcomb) Whalen. He was educated in Maine schools before coming to Utica. On February 7, 1953, he was united in marriage with Alice Best in Utica at St. Patrick's Church; the couple just celebrated 67 years of marriage. The couple moved to Mohawk in 1963 on Main Street before settling in to their home on Warren Road. He was a self- employed mechanic and could fix just about anything. Victor enjoyed being outdoors and especially hunting every year. He loved being in the company of his Mohawk friends and having a cup of coffee. He proudly served our country in the U.S Military.

Survivors include his loving wife, Alice of Mohawk; his cherished daughter, Robin Mosher and Calvin Mosher of Mohawk; his adored grandchildren, Chad Mosher (Gigi) and Bryan Mosher (Stephanie); and adored great grandchildren, Desarae, Cameran, Gavin, Samantha and Steven. He was preceded in death by a brother Bill Whalen and his wife Eleanor. The family would like to offer their gratitude to the doctors, nurses and staff along with the ICU at Faxton-St. Luke's Healthcare for their kindness and compassion.

In keeping with Victor's wishes, there are no calling hours. A service will take place at Mt. Olivet Cemetery, Whitesboro on Saturday, July 10, 2021, commencing at 11 am. Relatives and friends are respectfully invited to attend. Kindly consider contribution's in his memory to St. Jude's Hospital or to the Make A Wish Foundation. Victor and his family's care has been entrusted to Mohawk Valley Funerals and Cremations, 7507 State Route 5 (corner of Bidelman Road), Little Falls, 315-508-5131.
To order memorial trees or send flowers to the family in memory of Victor R. Whalen, please visit our flower store.