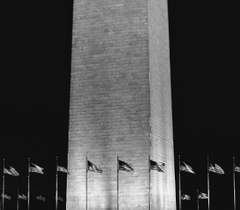 Vincent S. Ivi, 89, a resident of FoltsBrook Nursing and Rehabilitation Center, in Herkimer, NY, since May of this year, passed away peacefully on Saturday evening, September 3rd, 2022, from natural causes at that facility. Previously, he had been a resident of Rockton Plaza in Little Falls, for over twenty years.

Vincent was born on February 11, 1933 in Philadelphia, PA and lived there until he was drafted into the US Army, in 1953. When he was discharged from the Army in 1955, he returned to Philadelphia where he lived and taught school. Later, he moved to New York City to continue teaching. Many will remember Vincent in the community of Little Falls where he enjoyed visiting the local library and where he had a host of friends who offered him tremendous care.

He was predeceased by Rev. John L. Gallagher, his partner of 44 years, in 2003. There will be no funeral services. Vincent's arrangements are under the direction and care of Mohawk Valley Funerals and Cremations, 7507 State Route 5, Little Falls (corner of Bidleman Road), Little Falls, 315-508-5131.
To order memorial trees or send flowers to the family in memory of Vincent S. Ivi, please visit our flower store.