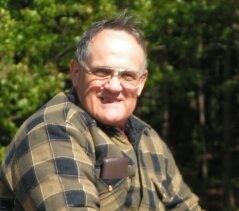 Mr. Walter H. "W.H" Babcock age 78, a resident of the Midtown Apartments in Herkimer, a U.S Air Force veteran, passed away unexpectedly on Saturday, January 23rd, 2021 at Bassett Healthcare, Cooperstown as the result of complications with COVID-19.

He was born on January 9, 1943, in Herkimer, son of the late Walter and Marjorie Babcock. He was well rounded and educated, graduating high school in June of 1961 with a Regents Diploma and as Salutatorian of his class. He furthered his education attending MVCC, graduating in August of 1964 with an Associates of Science in Engineering and earned his name on the President's List. He then attended the University of Missouri, graduating in August of 1969 with a Bachelor of Science Degree. Walter served with the US Air Force from 1964-75 being honorably discharged, holding the rank of Captain.

Walter had a steadfast love for our Lord and is survived by his family at the Emmanuel Bible Church in Mohawk. Services will be private. Walter and his family's care has been entrusted to Mohawk Valley Funerals and Cremations, 7507 State Route 5, Little Falls (corner of Bidleman Rd). 315-508-5131.
To order memorial trees or send flowers to the family in memory of Walter H. "W.H" Babcock, please visit our flower store.