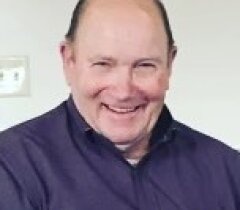 Ward Arthur Wheelock, Sr., a “mighty man from the hills of Litchfield,” entered into eternal peace on February 26, 2022, in Ilion, New York.

Ward was born December 9, 1935, son of the late Donald and Bertha (Clements) Wheelock where he grew up on the family farm. He graduated from West Winfield Central Schools, “Class of1955”. On July 19, 1958, he married his high school sweetheart, Audrey Crumb. They celebrated 63 loving years together.

While working for the Town of Litchfield in the earlier part of his career, he started Ward A. Wheelock Sanitation. He operated this company until 1987, when his son took it over. He held numerous truck driving jobs over the years. Ward loved to spend time at his family camp on Fourth Lake and later retired to his home in Grant, NY. It was here Ward enjoyed rides on his boat and spending time with his family.

Ward was a member of the Cedarville Fire Department, a charter member of the Mt. Markham Optimist Club, and a dedicated member of the Prospect Methodist Church. He was a hardworking man who loved to tinker in his garage and enjoyed lawn care in all seasons.

The family would like to send their heartfelt thanks to the staff of The Grand in Ilion for their compassion and kindness. In lieu of flowers, consider donating to the Cedarville Fire Department or Mt. Markham Optimist Club, in Ward’s memory.

A celebration of Ward’s life will be on Sunday, March 6, 2022 from the Park United Methodist Church, 201 Church St., Prospect, NY, commencing at 2 pm with Pastor David Hedeen, officiating. Burial will be at a later date, in Cedarville Cemetery. There are no calling hours. Arrangements are under the direction and care of Mohawk Valley Funerals and Cremations, 7507 State Route 5, between Little Falls and St. Johnsville, 315-508-5131.
To order memorial trees or send flowers to the family in memory of Ward Arthur Wheelock, Sr., please visit our flower store.